LOCK+ is a set of techniques to guarantee robust tracking under rapid signal changes such as those caused by mechanical vibrations or shocks, earthquakes or ionospheric scintillations.

Traditionally, GNSS receivers need some time to react to changes in the GNSS signals.  If, for example, the antenna position changes suddenly after a shock, it takes some time for the receiver to sense the change and report the new position.

The “drop test” is an easy way to visualize the response time of the receiver.  This test is preferably done with the antenna mounted on a pole, as illustrated below.  It simply consists in lifting the pole above ground by 10 to 15 cm, and then let it fall vertically. 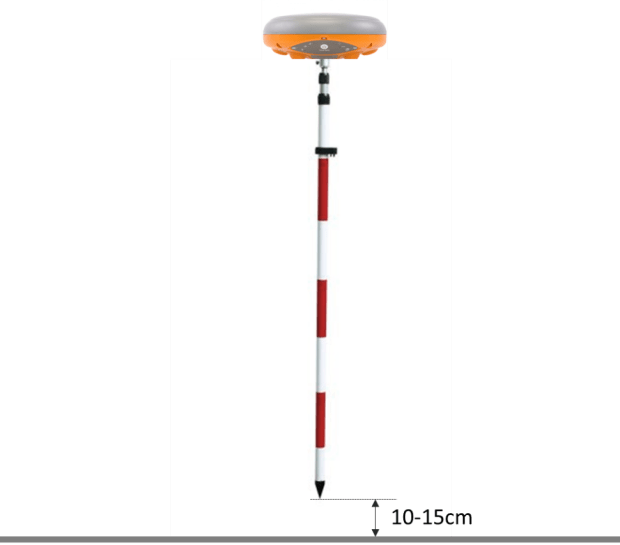 LOCK+ significantly decreases the latency and overshoot effects.  The next figure shows the results of the same test performed with a Septentrio receiver. The measured position now accurately follows the true position.

As another example, the following figure shows the change of latitude reported during strong antenna vibration in the north-south direction.  Without LOCK+ (in green) the receiver has difficulties following the rapid changes and the position eventually diverges due to cycle slips.   LOCK+ (blue) allows continuous and accurate tracking. 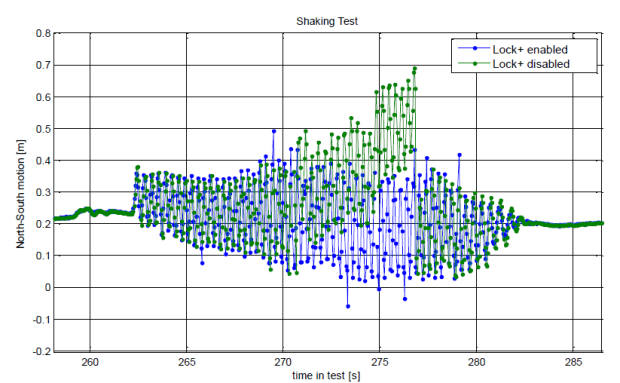 LOCK+ considerably helps under high dynamics, but this is at the price of slightly increasing the noise in the position.   To avoid adding noise when not necessary, Septentrio receivers automatically detect the type of motion the antenna is subject to and enable LOCK+ only when needed, keeping the noise as low as possible during smooth motion or when the receiver is static.   No user interaction is needed.