With a high-end GPS receiver and camera installed on a drone, you can get centimetre-level ground precision from an aerial survey. Increasingly however, such projects fail to get off the ground as drone users and enthusiasts are finding their activities thwarted by the growing number of drone no-fly zones. Figure 1 shows the current flight restrictions on drones over the United Kingdom. 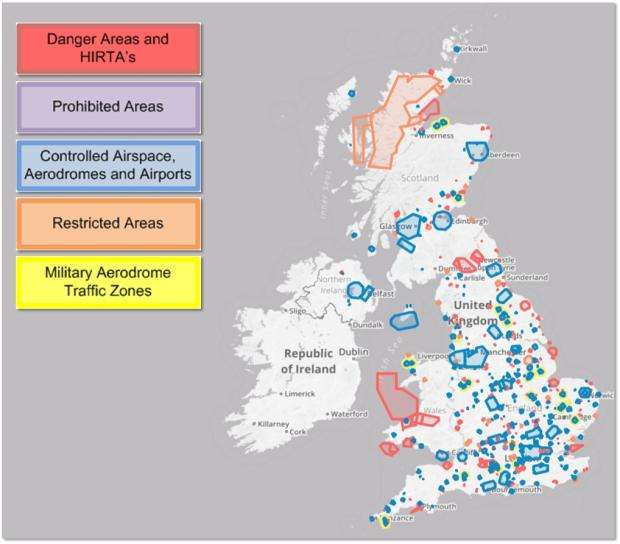 Figure 1:  Map of drone no-fly zones in the United Kingdom courtesy of www.noflydrones.co.uk/

Improving coastal defences for the good of all

The restriction on drone flights was the very problem encountered by DEME while working on the Waterdunen project in Breskens on the Dutch coast. The project was aimed at reinforcing coastal defences against flooding while at the same time, providing a new area for nature and recreation. From 2013 to 2015, the profile of the existing dyke was raised and contoured using ground excavated from nearby fields and sand dredged from the bed of the North Sea. Since then, the new surface has continued to settle resulting in an evolution of the land profile. The rate and extent of land settlement is difficult to predict so the only reliable method is to survey the area at regular intervals. To have the full picture, it was not enough to know the behaviour of a few points on the site, the entire area had to be closely monitored and aerial survey seemed to be the ideal solution. There was just one problem, a nearby major road meant that the area was designated a no-fly zone for drones.

Figure 2: An aerial view of the Waterdunen project on the Dutch coast in April 2016

As is their wont, the engineers at DEME found a solution. Instead of using a drone, the camera and GPS receiver were mounted on the small framework shown in Figure 3, and attached to the flying line of a parafoil kite.

Every 10 seconds, the pulse generator sent a trigger signal to the camera to take a photograph and each time the shutter closed, the camera sent a signal to the AsteRx-m UAS receiver via its hot-shoe connector. In this way, each photograph was given an accurate time stamp by the receiver. 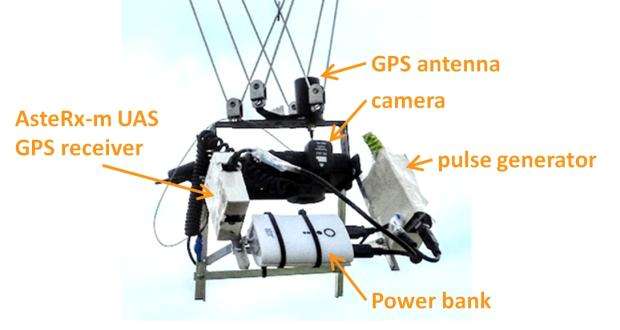 Figure 3: The aerial survey setup on the kite

Using a drone, a flight plan can be programmed beforehand so the drone essentially flies on autopilot. With a kite, it’s not so easy! The surveyor has to walk the flight path pulling the kite behind him. In this case, walking parallel paths about 30 metres (98.4 feet) apart which resulted in a photograph overlap of about 75%.

With this simple setup, a centimetre-level survey of every point on the entire 290 hectare (716 acres) site could be carried out several times a week by one person. 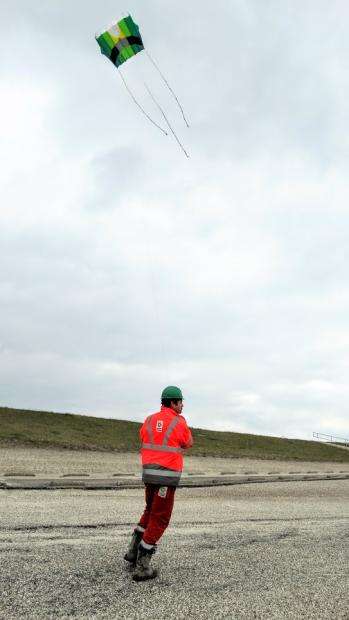 Figure 4: Walking the kite over the survey site

Back in the office, data from the GPS receiver and the photographs from the camera are combined with data from a base station receiver using the GeoTagZ software. GeoTagZ calculates with RTK centimetre-level accuracy, the camera locations when photographs were taken providing direct input for photogrammetry software for processing. The left panel of Figure 5 shows the point cloud output from Pix4D.

The point cloud from the photogrammetry processing can then be loaded into QINSy software for analysis. The right panel of Figure 5 shows an elevation model produced by QINSy. In order to verify the results of the kite survey, several profiles were measured using traditional survey for comparison. 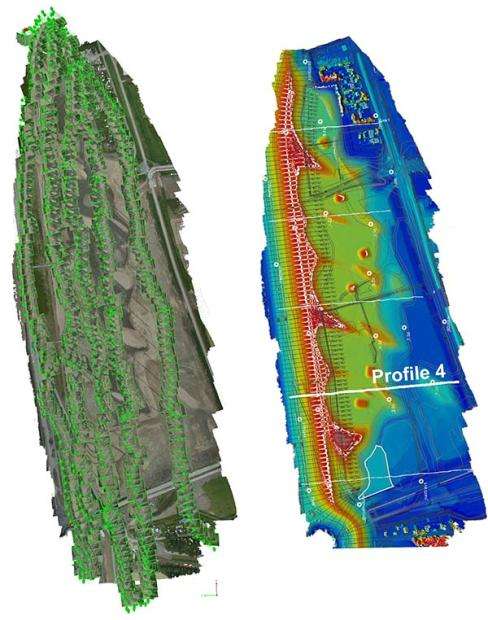 Comparison with a traditional survey

Taking "Profile 4" as an example, Figure 6 shows a comparison of the measured height from the kite survey and the height from the traditional survey. The results are very similar with a difference of not more than 5 centimetres (1.96 inches).

Figure 6: Comparison of the kite survey with a traditional survey both carried out on the 31 May 2016.

With increasing restrictions being placed on drone flights, DEME has found a simple, reliable and cost-effective alternative. While not appropriate in all situations, kite survey has in this case, proven itself to be a valuable survey tool.