800 years ago, as legend would have it, a dispute over the true successor to the Norwegian throne culminated in a corpse being thrown into a well to poison the drinking water. This legend was recently confirmed as true when a skull was unearthed at Sverresborg in Trondheim, Norway.

The year was 1197 and, according to the Sverris saga, the Birkebeiner King Sverre sat on the Norwegian throne. But, there was a pretender: the Bagler faction, drawn from the Norwegian upper classes, wanted the crown for their own man, Inge Magnusson. The fighting was fierce and, in one final act of malice, after having ransacked the castle at Sverresborg, the Birkebeiners threw the body of one of their Bagler victims into a well.

800 years later in Sverresborg, 500 km (310 miles) north of Norwegian capital, Oslo, a team of archaeologists from the Norwegian Institute for Cultural Heritage (NIKU) unearthed the skull and a large part of the skeleton of a man said to be between 35 and 40 years of age. Carbon dating later placed the age of the remains at a time consistent with the well incident described in the saga.

In addition to the skeleton in the well, the site at Sverresborg castle also proved to be rich source of mediaeval artefacts. To help make sense of all this information, the team from NIKU used GIS (Geographic Information System) to record the exact positon of every artefact recovered. Even deep inside the well, the Altus APS3G receiver was able to record positions with centimetre-level RTK precision. 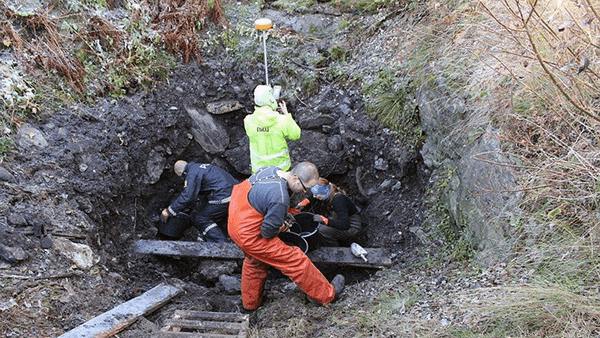 Figure 2: recording the position of a recovered item with the Altus APS3G receiver

The data from this excavation at Sverresborg as well as all other excavations across Norway are made available to the public by the Norwegian Cultural Heritage Department, Kulturminnesøk. By systematically logging the exact positions where artefacts were found, patterns can start to emerge. Inconsistencies or gaps in these patterns can be the first indication of a new or interesting direction for further investigation.