Septentrio and CORE partner up to develop a GPS/GNSS receiver which will make use of Japan’s Centimeter Level Augmentation Service (CLAS). CLAS corrections are broadcast directly via QZSS constellation to enable high-accuracy positioning across Japan. 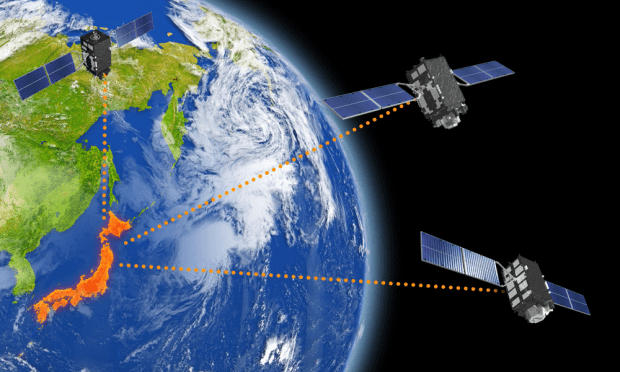 Tokyo, Japan and Leuven, Belgium – October 8th, 2019 - Septentrio, a leader in high-precision GNSS technology, and CORE, a leading Japanese system integrator with extensive experience in GNSS, are pleased to announce an agreement to jointly develop a receiver which can utilize the Centimeter Level Augmentation Service (CLAS) of Japan’s Quasi-Zenith Satellite System (QZSS). The two companies have also entered into a distribution contract which allows CORE to sell Septentrio high-precision positioning technology including CLAS-capable GNSS receivers, in the Japanese market.

Septentrio’s multi-frequency GPS/GNSS receiver AsteRx4 will be used as a platform for the development of CLAS functionality. Septentrio receivers already track the L6 signal and can use QZSS for increased positioning availability and reliability. CORE’s know-how will be instrumental for the deployment of CLAS on Septentrio receivers. The two companies are planning to launch their CLAS-enabled receiver in January 2020.

"QZSS Centimeter Level Augmentation Service has been limited to evaluation phase up till now. Realizing CLAS on Septentrio's multifunctional, high-quality, cost-competitive platform allows our customers to finally use QZSS in their applications." emphasized Takahiro Yamamoto, Director of GNSS Solution Development Center at CORE Corporation. "Galileo High Accuracy Service (HAS) is expected to start in 2020, so the demand for high accuracy GNSS receivers is also expected to increase. By complementing CORE's QZSS technology and Septentrio's Galileo technology, we can provide competitive products to global customers."

“CLAS is a first-of-its-kind service which will contribute to the proliferation of high accuracy GNSS applications in Japan. Europe is also taking similar initiatives with their Galileo High Accuracy Service (HAS),” commented Neil Vancans, Director of Global Sales at Septentrio. “We are excited to enter into an agreement with CORE to enable the support of CLAS on our receivers. CORE’s expertise allows us to get the best out of CLAS and to follow new developments in QZSS evolution. Moreover, CORE’s expertise in system integration will allow us to tackle new markets in Japan.”

Japan’s CLAS is a self-augmentation GNSS correction service. Without the need for a ground link, it allows RTK centimeter-level positioning all over Japan with convergence times of less than a minute. It does this by broadcasting GNSS corrections directly via QZSS satellites, also known as Michibiki. These corrections are generated from the dense network of reference stations operated by Japan’s Geospatial Authority.

About CORE:
CORE is headquartered in Tokyo, Japan and has a total of 16 offices spread all over Japan. The company was founded in 1969 and is listed on the First Section of the Tokyo Stock Exchange. Right from the emergence into society of micro-controller enabled embedded products, CORE has started its embedded software development business, and similarly from the start of office automation and online banking, it has started its enterprise software development business and has now many years of experience and achievements as well as a rich base of experts. In recent years, CORE is concentrating its efforts on the ‘market-out’ tendency in System Integration (SI), security solutions and IoT related products resulting from its embedded software technology and application know-how as well as its GNSS related products business which it started in 2005. For more details visit core.co.jp.

Septentrio is headquartered in Leuven, Belgium and has offices in Torrance, California, Shanghai and Tokyo as well as partners around the world. To learn more about Septentrio and its products, visit septentrio.com.