Looking for a GPS receiver for moving earth, mining or construction?
A few things to bear in mind.

GPS receivers can either assist operators in making better decisions by providing precise position information (indicate-only mode) or the GPS receiver, as part of a guidance system, can take over the operation of the machine’s implement itself (fully-automatic mode) to follow a preloaded design.

In fully-automatic mode, the RTK centimetre-level precision of the GPS guidance system is far more accurate and consistent than relying on the operator’s skill alone. Trenches can be dug to exact depths, tractors can be steered in perfect rows, piling rigs know the precise location for planting piles and surfaces can be fine graded first time. Not having to carry out frequent measurements and surveys means that work can be completed quicker, more cheaply and to a higher specification.

Compared to a Total Station, a GPS RTK system can be quickly up and running and doesn’t require any of the system elements to be in line of sight. A single reference base station can furnish all rover machines on-site continuously with RTK differential corrections. The status of the project and location of every machine on-site can be updated in real-time giving site managers a full overview of progress.

Machine control applications are among the most challenging for GPS receivers. The physical and radio environments can be difficult enough but, operators will always try to push their equipment to its limits. So what should a GPS receiver be capable of to be considered a suitable candidate for machine control?

In RTK mode, using a base station that’s not too far away, high-end GPS receivers can calculate position with a precision of less than 1 centimetre (0.4 inch). Difficult conditions can degrade the position precision and can even result in wrong position fixes. Construction sites present their own set of challenges, large structures and other machines nearby can cause multipath, foliage can be particularly problematic for GPS signal quality and, as Figure 4 shows, you can’t always be assured of a clear view of the sky. Any GPS receiver worth its salt should be able to cope with the typical conditions on a building site. The consequences of a wrong position fix can be costly and time consuming. In the case of piling rigs, the operator has to know the exact position and orientation of the rig when planting a pile because there are far better ways to spend your time than having to extract wrongly-placed piles. 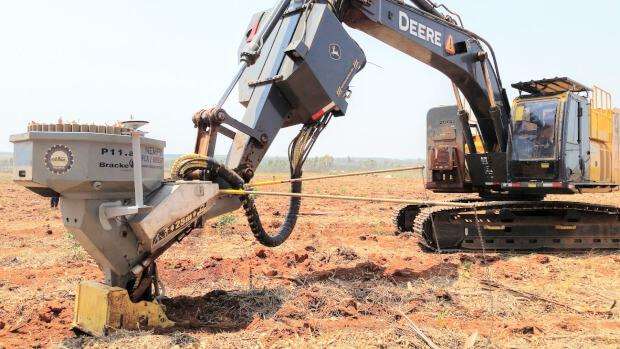 Latency is the time taken for the receiver to calculate and output a position. Lower latencies and higher position update rates mean that machines are more responsive and can be operated at higher speeds without loss of performance. The highest performing GPS receivers today can output data at upwards of 50 Hz with latencies of less than 20 ms. 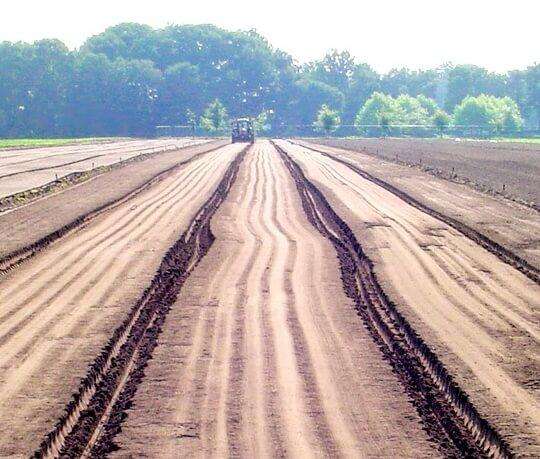 Figure 2: when receiver latency is higher, the control system is less responsive which, in this case, produced waves on the surface

It takes just one delivery vehicle arriving on-site with a chirp jammer to knock out RTK over the entire site and bring operations to a standstill. The increasing prevalence of such devices, as well as interference from other non-intentional sources, make interference mitigation an essential tool for a machine control receiver. The highest performing GPS receivers today are able to mitigate against not only simple continuous narrowband and pulsed interferers but also against more complex wideband transmitters such as chirp jammers and other PPDs (Personal Privacy Devices) . Figure 3 gives an example of interference mitigation of a chirp jammer in action. 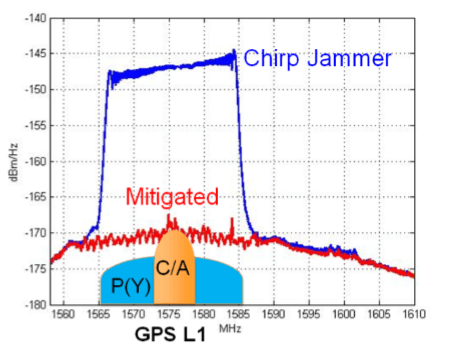 Figure 3: the AsteRx-U spectrum analyser in the presence of a chirp jammer both before (blue) and after (red) activation of AIM+

Machines such as excavators have a platform that can be rotated independently of the undercarriage. To know the position of the bucket, the orientation (or heading) of the platform must also be known. With two antennas, as shown in the excavator installation in Figure 4, the GPS receiver can calculate the heading of the platform as well as either the pitch or the roll, depending on how the antennas are placed.

Figure 4: a dual-antenna Septentrio heading receiver at work in a difficult location in Norway

5. Robust against heavy vibrations and bumps

Rough terrain can play havoc with GPS signal tracking. Without an adaptive-bandwidth tracking-loop mechanism, the receiver may lose tracking during periods of heavy vibration.

We’re currently winding down from the last solar-activity peak in 2014 but, ionospheric disturbance of GPS signals can still be problematic around the equator and at higher latitudes. To make sure that the output from your GPS system doesn’t suddenly become unpredictable or that you lose RTK positioning altogether, some kind of ionospheric scintillation mitigation feature, such as that demonstrated in Figure 5, is certainly desirable. 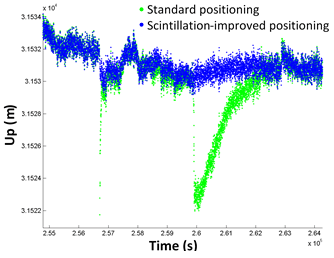 GPS receivers have found their place in a wide variety of applications: from seismic monitoring to timing and on-board dredgers and drones, wherever high-precision positioning or timing is needed.